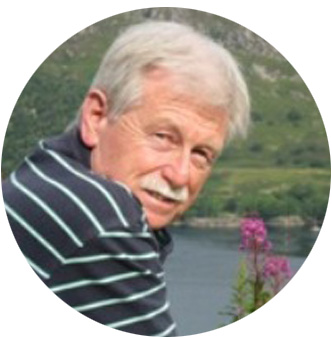 Bill, originally born in Scotland in 1946, became a local Canadian self-taught artist, whose works have been displayed in six historical museums of renown over the past forty plus years. In the early years, his art career was limited to a part time hobby basis while supporting a young family.

During that time however, a number of his works were reproduced in limited edition format. Private commissions for his original works and charity related ventures centered around his prints, combined to maintain Bill’s enthusiasm for painting. Now retired from the telecommunications industry, Bill is focusing his efforts to the canvas and his favorite medium the permanence of oil colour.

As a visual artist, Bill’s passion resides in creating realism in his paintings, with emphasis on dynamic skies and their associated reflected colour hues upon the subject matter. This trait engages emotion and beauty within his paintings.  Bill’s fascination for the historical events encompassing WW 11 aircraft and his long standing passion for the declining North American railroads, has provided dynamic material for his brush to canvas excitement. Of note, Bill’s portrayal of Doug Gilmour of the Toronto Maple Leafs, capturing game action during the 92/93 hockey season, has been signed by Mr. Gilmour and added to the NHL Players Association’s portfolio of memorabilia for charitable fund raising.  In Feb. 2013, this painting was selected one of three, by the Toronto Star for honorable mention in a sports painting contest.

He also enjoys the flavour of traditional subject material with respect to sea and landscapes reflecting their ever changing seasons and events. Quaint settings with sun and shadow moods to capture warmth and emotion or the awesome power of nature, fuel Bill’s excitement to paint.  Every painting tells story reflecting a moment in time.

In essence, “ Moments In Time” encapsulates the works of   W. K. Barnes. Each painting depicts a story, also highlights an event or a segment of history to be embraced and never forgotten. Bill’s works evoke emotion with notable attention to articulate detail and the majesty of the subject matter at hand. Further, the authenticity of the pictorial surroundings and the selected “moods” projected by his pallet of colour, unite as one to capture “Moments In Time.” 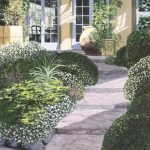 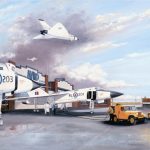 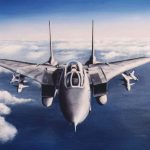 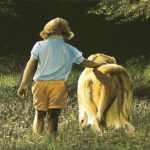 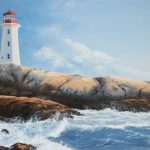 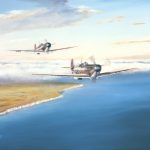 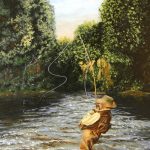 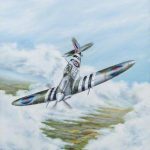 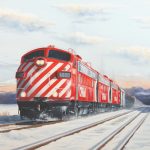 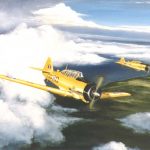 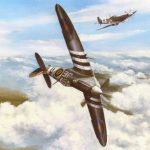 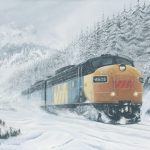 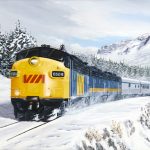 The-Canadian-Via-Vintage1On a cold crisp January afternoon in 1980, the west bound VIA Canadian powers its way along the Bow River speeding toward Lake Louise. The Canadian in its pristine form hauling a complete compliment of stainless steel coaches, while traversing its origin 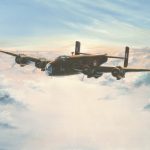 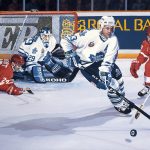 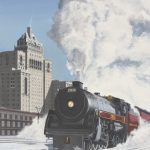